Home > Thematics > Realizations with the emblem of various countries

The Australian map was carved on this piece of wood. The natural finishing brings out the veins of the wood. A metal medallion is inserted into the french village map. Inscriptions were carved for a commemorative event. 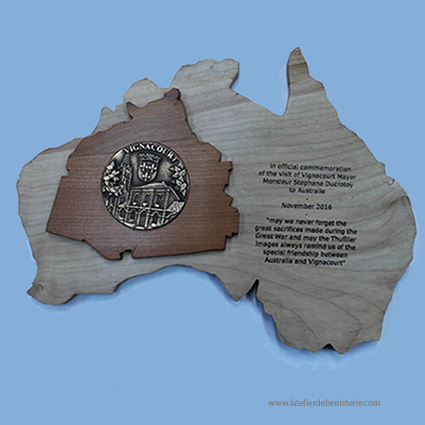 A portrait made in marquetry is incorporated into a maple leaf with a color contrast. This leaf is one of the important symbol of Canada, it is also included in the national flag. 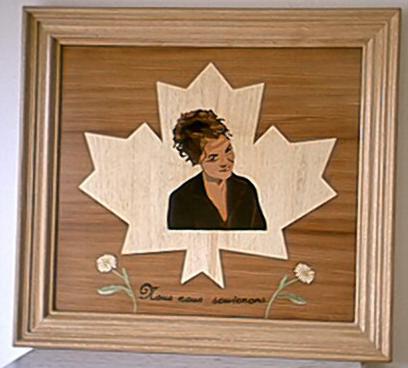 We remember, between the two daisies is a blink of an eye to the motto of Quebec: "I remember";)

Bedside table made with a marquetry on the top depicts a canadian airplan. The manufacture of the first biplanes dates from the beginning of the 20th century, their development increased during the 1st war. This inlaid model was made for a Canadian canadair pilot.

This inlaid logo is inspired by the Vendée emblem, Pays-de-Loire region, with the double heart surmounted by a cross. Its origin dates back to the Gallo-Roman period. It was conceived for this wooden game box. 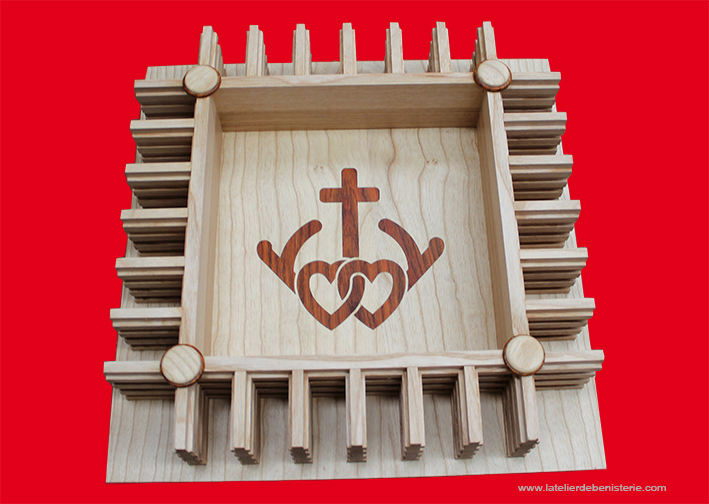 Heart of Vendée on this wooden box - Utrique fidelis.

"Master crow on a perched tree" inspired the French poet Jean de la Fontaine. This crow carved in wood, holding a ring in its beak, appears in the coat of arms of Matthias I called Corvin, King of Hungary. They are represented in the German manuscript of Johannes de Thurocz. Legend tells how, this bird took the ring away but Matthias managed to get it back. This sculpture was made to fit into the top of this two-piece cabinet surmounted by a showcase. 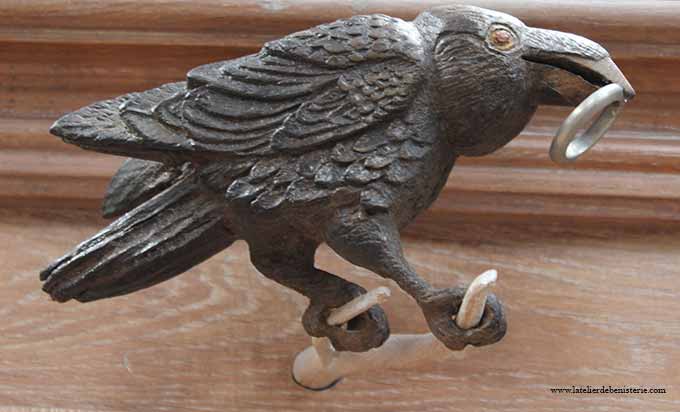 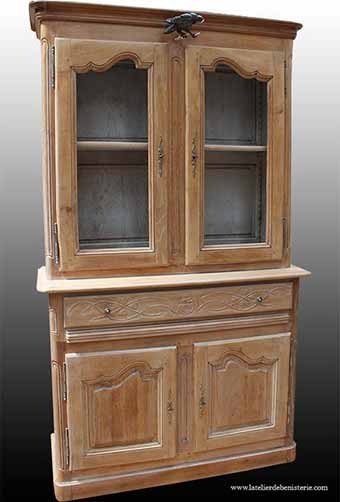 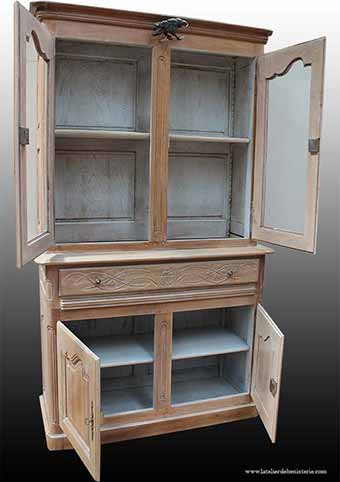 This marquetry table top is decorated with Aztecs symbols. The Aztec calendar stone is an important piece of history for Mexico. The original stone carved in the 15th century weighs several tonnes. The head in the center is a representation of the Sun God adorned of attributes of the God of the Earth and the various circles refers to several calendars. 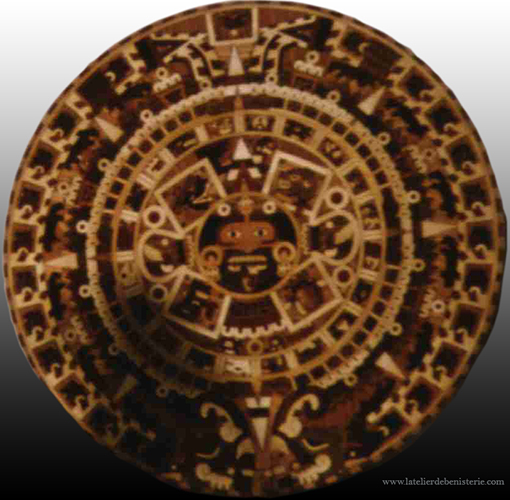